Home / In the Spirit Blog / Jacksonville, Florida / Giving Up Too Soon 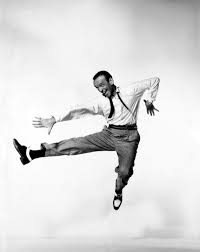 Too often, when something is difficult, we give up. But things that are worth it, take hard work, and time.

Sometimes it’s not others who tell us to quit. Quite often it’s circumstances. Can you believe Michael Jordan wasn’t allowed on his varsity team as a sophomore because he was too short? And the great actor Sidney Poitier was told to “stop wasting people’s time and go out and become a dishwasher or something” all because of the color of his skin.

Imagine if we’d lost all these talented people because of doubts caused by others or circumstances.

Never give up. Work hard, keep on pushing on. Too often we allow what others say or circumstances beyond our control to determine the outcome instead of listening to God’s voice, who tells us to go on. If it’s His plan, we will never fail.

Just ask Scott Hamilton who had an illness at age two that caused him to quit growing. If he’d allowed his illness to stop him, we never would have had such a wonderful performance as the one below.

If you, or someone you know, is in need of prayer, please leave a comment below.

WELCOME to the home of fiction & nonfiction author Kathryn J. Bain. You can find information on her books, upcoming appearances, her  weekly Christian blog, and more!

If you enjoy my books, you might also enjoy these other authors:

In The Spirit Blog